From the outside looking in I never had much time for field trials. As a sport it never gripped me in a way that shooting and hunting with a dog in the conventional way did.

I mean I owned a breed anyway that I believed didn’t naturally submit to a lot of the pressure that handling, control and rigourous field trial training required. The Chessies performed and worked better when left to their own devices in the shooting field.

But then last year, while researching a piece on how to make up a Field trial champion, a Dual champion and a Full champion in Ireland, I was forced to take a closer look at a sport that in truth I had little faith or belief in; a sport that I felt had digressed away from what was required of a dog in the working field and become an elitist sport for a very tiny percentage of the Retriever world. Trials, I believed, had gone above and beyond the call of duty in relation to the level of obedience and control required to win an Open stake….. And I wondered that if trials had been developed as a template from which all working stock should be gauged, how was it that they seemed to favour one breed and more so only a certain ‘type’ within that breed ?

What would it mean if someone were to concentrate soley on developing a Chesapeake for trialling as has happened in Labradors? Is it possible to continue to hold the middle ground and have dogs competing at high levels in both the show and field trial worlds? Or would the necessity to specialise in trials force a  breed split as has happened to many other of the retriever, spaniel and setter breeds ? And then if that happened which ‘type’ within that breed split  is a better representative of what defines that breed ? Is it the dog that adapts to work in the ever changing world of shooting and fieldsports ? Or is it the dog that remains true to a breed standard that was laid down over a hundred years ago and modified only slightly even though everything around that standard has moved on and changed? 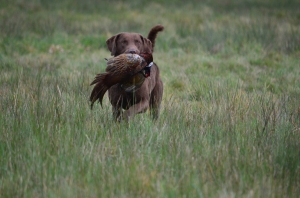 In the beginning I really wanted to see where the limitations of field trials lay so that I could justify reasons, I guess, as to why my own beloved breed and many of the other retriever breeds  failed so miserably to compete in them with much success.

The fatigue of a long summer season of dog shows , gundog working tests and training days was settling on my  shoulders when Bertie and I began our Winter journey as Field Trial groupies….  I was more than  ready to pick up the game carrier, put away my whistle and follow my dogs where their noses told them go in the hunt to find pheasant.

Instead we found ourselves following Jed, Roxy, Paddy and Ripple, all dogs I had come to respect and admire from competing against them through the summer months of working tests. We travelled to the most obscure parts of the country, in all sorts of weather and always with a middle of the night alarm call that would put the most hardened wildfowler to shame.

We only managed to follow three trials but these dogs and handlers run the circuit from September to the end of January. In the run up to the Championships in December they may compete up to three times a week…many, many times they fail in their quest to succeed but they simply move on to the next trial and try again…..that’s a lot of pressure, a lot of time and a lot of money… 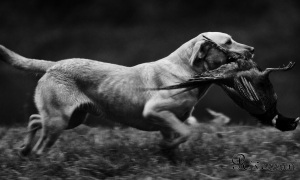 Every trial was different. The grounds and formats varied greatly. Walk up on partridge in Bracken Hill required good  marking skills and the ability to hold a postage stamp tight area and hunt. If I ever had doubts about whether a field trial dog could face cover, they were put to rest in Connolly when in the middle of the dense Coillte plantations these dogs  never hesitated when asked to produce birds from the thick mess of brambles in boggy ground. And finally the Broadmeadows trial at Slane showed that they could take on the River Boyne in full winter flow and win.

These dogs could deal with the pressure of sitting under the guns as three hundred birds flew, fell and fluttered over their heads. They picked wounded runners mid-drive without the temptation of switching game, or haring off after another bird in flight

It seemed as if this ‘Elite’ squad of highly trained dogs could do everything but rather than being disappointed that Field trials weren’t as limiting as I had hoped; I found instead that I was drawn to the possibility that perhaps aiming towards this level of controlled precision could be an asset rather than an incumberence to my breed.

There is such a thing as a dog having too much game sense.

Bertie was all that I had to give it a go and get a feel for this sport that I still didn’t fully understand.  I knew too well that starting a trialling career with a dog that has had six working seasons under his belt was asking a lot, maybe too much, from the outset.
There is such a thing as a dog having too much game-sense and knowing their job too well. All those winters watching birds, learning which one flew on without shot and which ones were possibly wounded, being let run in on birds that hit the ground injured before they disappeared into heavy cover or down river on a strong current. Now I was asking this dog to hold himself back, go against every single instinct he had learned to trust in pursuit of game and to hand over control completely and utterly to me.

Our first trial in November was a four hour drive to Kerry and all I was aiming for was for him to sit steady through a drive. He did,  he  sat through a drive quietly and without running in. He wrong-birded on his first retrieve but we had achieved our aim and that is all I could or would ask of him for now.

Our second trial was held on ground he has worked on over the last six years, since he was eight months old. It was a novice trial at Shelton. I entered this trial as a courtesy to the shoot captain but fully expected to be relieved of my armband before the horn blew at the end of the drive. The temptation to run in would be just too great as he knew which birds he would have been traditionally ‘allowed’ go for without being asked.

From the deepest pit of my being I prayed that luck would come our way, that the drive would not be too long and that the birds would somehow fall everywhere else except around where we stood. They came, they flew, they fell ….everywhere…..they fluttered into the gorse in front of us and wheeled at head height crashing into the brambles behind. Somehow, by some miracle, Bertie stayed put and finally when every ounce of adrenalin had drained from my body our judge uttered those immortal words, ” you may put your leads on now and relax”. We had done it and I don’t think anyone could quite understand why, when Bertie wrong-birded on his first retrieve again I came away from the line with the biggest grin on my face. 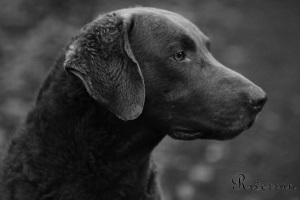 Mental strength and tractability, two traits I will value in future.

So in the end was I swayed? Did I find the answers to my questions?  I think I did. I discovered that only if you want it to be is Field trialling an elitist sport. I discovered a group of intensely committed hardworking people completely dedicated to producing the best dog for the ever evolving realm of field sports. Yes, field trials may have their limitations, perhaps over handling can compensate for a dog with lesser scenting ability and perhaps the retriever breeds more apt for air-scenting and those bred to work unaided will never feature in huge numbers at the top level of field trials. However, I think trials succeed best in finding dogs that have mental strength, that are tractable and that can bend rather than break to pressure.

Trials are only elitist if you want them to be.

I found that even with our limited time preparing for trials this season Bertie’s level of competence in the field was not hindered but rather added to my pleasure of bringing him to the working field…..to have a dog capable of sitting out a drive without fear of him running after every bird that falls, to be able to call him off a bird if needed and to follow a walking gun behind the beating line without the heart stopping fear of him running through the drive is something that makes me very proud both of my dog and the breed he represents.

Preparing for trials enhanced our enjoyment in the working field.

I can see us continuing in our field trial groupie role. We have much to learn and enjoy. My plans now include field trials in the future development and training of my dogs as even working towards a novice level will allow me to see how they deal with pressure. I will always keep their roots firmly in what they were bred for as I think, ( but I could be proven wrong again ), the luxury of having a breed that straddles both show and working worlds has kept this breed, for the most part, unchanged since the inception of its standard.

“It is not the critic who counts. Not the man who points out how the strong man stumbled or where the doer of deeds could have done better. The credit belongs to the man who is actually in the arena, whose face is marred by dust and sweat and blood; who strives valiantly; who errs and comes short again and again; who knows the great enthusiasms, the great devotions; who spends himself in a worthy cause. Who, at the best, knows in the end the triumph of high achievement, and who at the worst, at least fails while daring greatly, so that his place shall never be with those timid souls who know neither victory or defeat.”