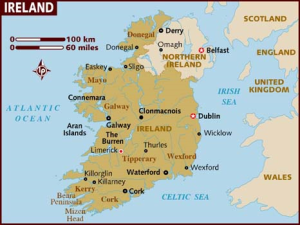 There she sits, our little Island , tucked up in the very far corner of the north Atlantic in Europe, snug in the knowledge that for anyone or anything  entering or leaving our little piece of greenness they are going to have to be very determined and that’s if your human. Bringing a dog or any other animal into Ireland is a whole different ball game.

A four thousand mile stretch of ocean to the west and north  and a fifty mile stretch of sea separating us from another island has meant historically that Ireland’s best method of defence in keeping out unwanted invaders  has always been her shoreline.

Carlotta was coming to Ireland

We Irish though like a challenge. Nothing is straightforward in our eyes, and nothing grips us more than trying our best to circumnavigate, legally that is, around rules and regulations set out by those in authority. So, when an opportunity presented itself to welcome the lovely Chesapeake, Carlotta, coming all the way from Sailorsbay kennels in Argentina to stay with us here in Ireland, that favourite saying, ‘where there’s a will there’s a way’, sprung to mind.

It is the Department of Agriculture that sets the regulations and rules for the transport of all animals into Ireland. They work very, very hard at keeping all objectionable diseases and parasites, most notably rabies and tapeworm in this case, from crossing the body of water  which separates us from the continent of America on one side and the continent of Europe on the other, but, for some reason, they seem to focus all their energies on preventing these problems entering by air and are not so concerned when a dog enters Ireland by sea and nobody, not even the guy I spoke to in the Department of Agriculture could  explain why this is the case ???

In most countries, apart from Ireland, a dog may travel by air in one of two modes either by cargo or as excess baggage.

Cargo is the most tried and tested method. It involves a complicated procedure of dropping a dog off in an outlying terminal building hours before departure of the scheduled flight and being handled by people who the dog is unfamiliar with to be loaded onto the aeroplane. This process is repeated at the point of destination but, in the case of a dog landing in Dublin, it requires the extra stress to the animal of being trundled off in it’s crate, loaded into a taxi, driven five minutes down the road to a specified veterinary practice, at the expense of an extra one hundred euro to the owner, where paperwork and dog are checked and finally the dog may be handed into the care of it’s owner!!! Keeping stress to a minimum ? I think not ! 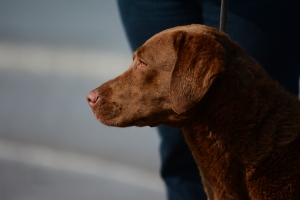 We were reluctant to fly her cargo.

There is another way of flying a dog and that is as ‘excess baggage’. In this instance the dog arrives to the check-in desk with its owner, is checked in, is loaded on the aircraft and collected by its owner at the point of destination….no delays, no expensive taxi journey, no fuss.

Now a dog may fly out of Ireland as excess baggage but the Irish department of Agriculture does not allow dogs to travel into Dublin in this civilized fashion, if a dog is to enter Ireland by air from anywhere other than the UK ,(  Aer Arainn will fly pets up to 38kgs including crate from Dublin to Bristol return), it must come in as ‘cargo’.  And there is one final stinging point in this mode of transport, to fly a dog into Dublin as cargo  costs  on average over ten times, yes TEN TIMES the cost of flying a dog as baggage!!!!

There was no way around it though,  Ireland is a long way from Argentina therefore any route taken was going to require time and careful planning to ensure successful negotiation of the paperwork involved in passing an animal through three countrys’ agriculture departments. And it is the paperwork that will trip you up, if every ‘t’ is not crossed, times, dates and signatures entered correctly there is the ominous threat of either quarantine or the dog being sent back to it’s country of origin. 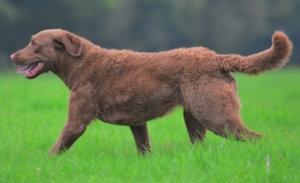 Paris was to be our meeting point.

Apart from the distance there are also  no direct flights between Argentina and Ireland so no matter what way we looked at it, flying would mean touching down in a minimum of two airports. Travelling her via cargo was just not an option….too long, too many airports and too expensive. We could fly her as baggage into continental Europe but then would either have to procure an agent for the final leg of the journey into Ireland, (again messy and very expensive), or travel overland to meet her.  Luckily for both of us Mecha’s husband was travelling into Europe on business in the time frame we had planned for and better still he could fly into Paris.

By the end of the first week in September the paperwork had been checked, double checked and triple-checked between Argentina and Ireland. Carlotta was due to arrive in Charles de Gaulle airport on a Wednesday so we had allowed a four day travel window to complete the two thousand kilometre round trip which involved crossing two stretches of water, two borders, negotiating London’s infamous M25 at rush hour and remembering to drive on the right hand side once I landed in Calais. 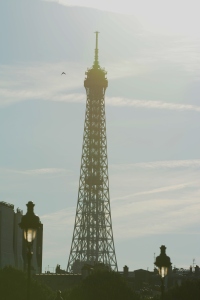 The rendez vous was almost upon us…

My companion throughout the journey was my good friend Marianne, she has travelled to and from the continent many times over the years with her Curly-coated retrievers and more recently her well known Krisbos Jack Russell Terriers. She was my voice of reason when I got flustered with paperwork, my co-pilot when I inadvertently drifted into the wrong lane on the French motorways and my partner in crime when we spent Tuesday evening in Paris celebrating Carlotta’s impending arrival with one or two glasses of vino, (it had to be done)…

Well, what I can I say only it can be done. Twenty minutes after the Buenes Aires flight touched down in Paris, Ignacio, Mecha’s wonderful husband, came barrelling through the arrival gates pushing a large electric blue dog crate with one slightly bemused Chessie inside. We made our way together out to where my car was parked in the airport, ( again one of THE most user friendly car parks I have ever encountered even if I don’t speak French), and Ignacio opened the crate. Out she came tail wagging, a little tired but no signs of stress. We loaded the crate into the back of the car, some last hugs between Ignacio and Carlotta and in she hopped, curled herself up and we headed off.

A pee break for Carlotta at a rest stop once we cleared the airport and then an uneventful two hour journey to Calais, where we would encounter the final check on paperwork before boarding the Euro tunnel train to England.

I love the French, nothing is a hassle unless it has to be….it took less than five minutes to check through Carlotta’s paperwork before we got that little ticket with a paw on it giving us permission to travel onto Folkestone in England. We had chosen to use the train as opposed to ferry primarily because it is the quickest route across, 35minutes and you don’t have to leave your car. Another advantage of using the Eurotunnel is that there is a two hour leeway for boarding meaning if you arrive early you can take an earlier train at no extra charge. In our case we arrived in Folkestone two hours before our scheduled departure from France.

From Folkestone we negotiated the evening London traffic on the M25 with surprising ease and made it to our hotel in Birmingham by 9pm. After sharing our scampi and fries at a local pub Carlotta jumped on the bed beside Marianne and did not budge until the next morning.

On her final leg of the journey into Ireland she had the opportunity to walk along the beach in Wales at Junction 17, where we have stopped many times with our Chessies during our excursions to the UK, before taking the ferry across to Dublin. We arrived home on Thursday evening.  Her transition into our family has been seemless and stress free, I am certain that has much to do with her upbringing and breeding but I am equally sure that allowing her handover to take place in the presence of someone she loves and trusts had much to do with limiting stress and worry for her as she faces into a new life.

So from the land of a thousand welcomes we wish Carlotta a Cead Mile Failte ! 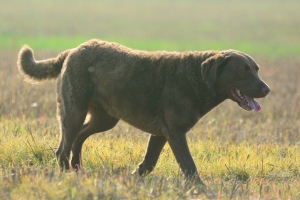 Some footnotes…..when using this route we followed the DEFRA guidelines as opposed to the Irish Department of Agriculture. The main documents required were current and up to date rabies certificate with microchip number ; Tapeworm treatment given not less than 24 hours or greater than 120 hours before entering the UK…this must be signed by a vet, stamped, and dated and timed and is the one document that most dogs will be prevented from travelling if not completed properly. All dogs coming in from an non-EU country do not have a pet passport so they come in on an Annex II veterinary certificate. Carlotta did not require tick treatment coming in from Argentina. We were not asked for paperwork on the journey between UK and Ireland.