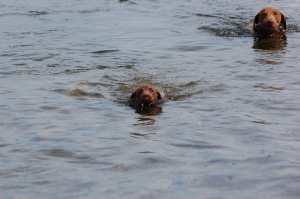 She was a natural swimmer from an early age.